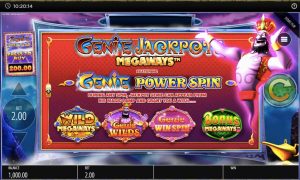 BluePrint Gaming is now allowed to use the megaways mechanism of Big Time Gaming, and has already released a 2nd variant with Genie Jackpots Megaways. Opinions were already positive about previous megaways games, and this game will certainly not change that! Please read on if you want to know more about this game! 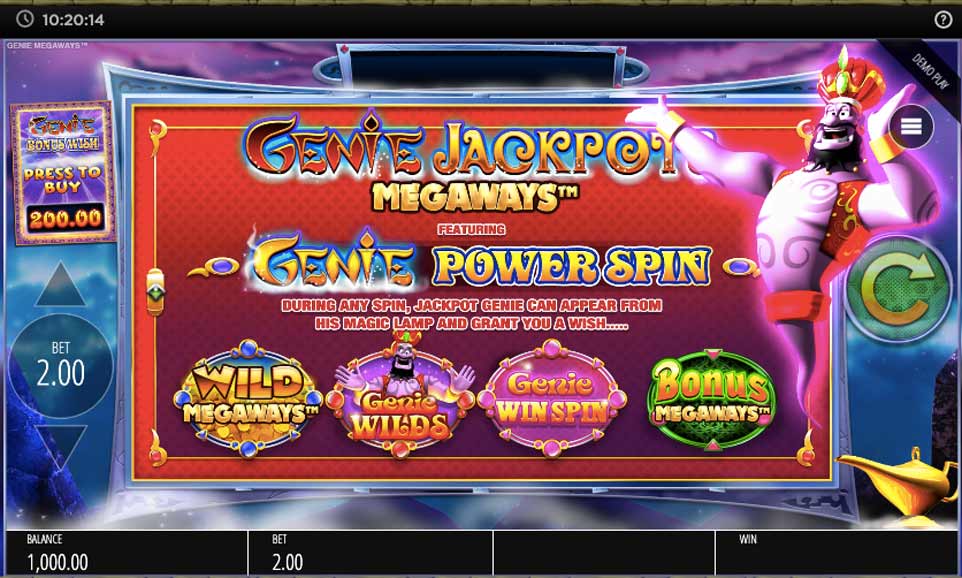 The RTP, or return to player, for this game is 96,52%. This means that the casino returns this percentage of all bets back to the players. This is quite high! The volatility or variance is high. A high volatility means that you win less frequently, but larger amounts.

The slot’s playing field consists of 6 reels and an alternating number of rows, which can go up to a maximum of 4. After each spin, the number of associated megaways that can be reached on that spin appears at the top. On the left you see the ‘Buy a Bonus’ feature and you can determine your bet. On the other side you will find the settings, the ‘spin’ button, and the option for autoplay. The bottom edge of your screen is filled with your balance, your stake, and the amount you won! 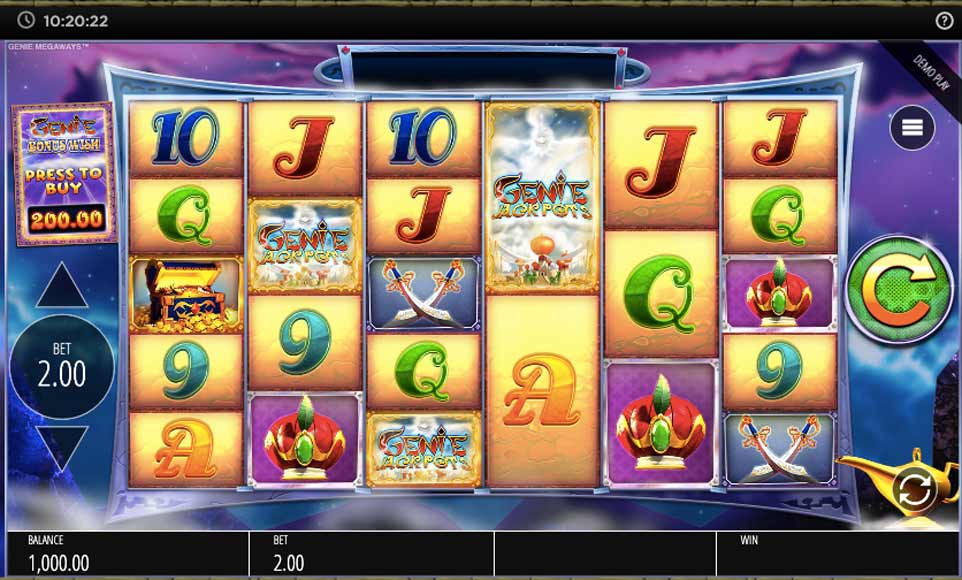 How does Genie Jackpots Megaways work?

Genie Jackpots Megaways therefore works with megaways instead of paylines. The number of megaways are the possible ways in which you can win, and these can differ due to the alternating number of rows per spin. The maximum number is 4,096 since 4 rows is the maximum (4x4x4x4x4x4). Combinations can be formed if you have at least 1x the same symbol on the first 3 reels. Try to make nice combinations or even reach the bonus round! 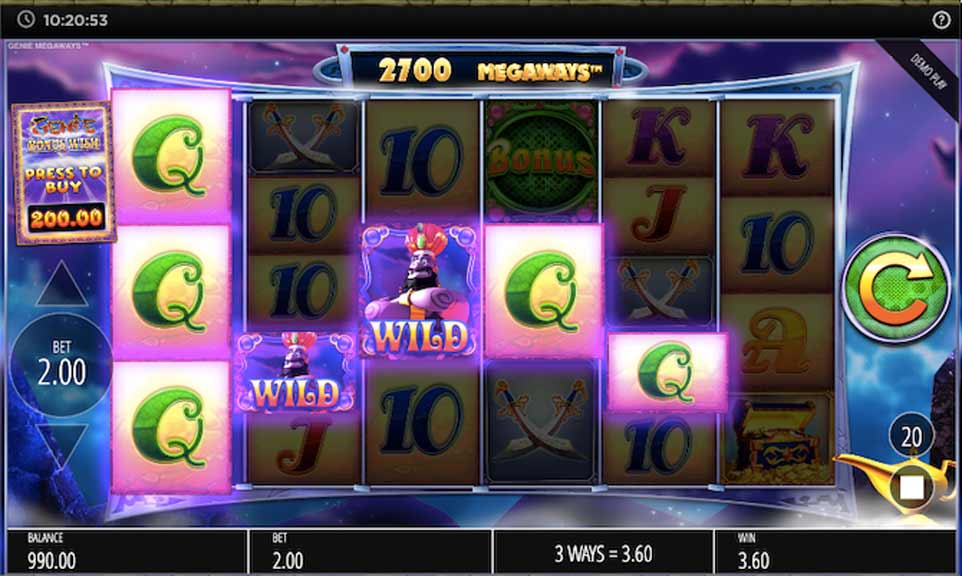 How do you play Genie Jackpots Megaways?

First you determine the bet with which you want to play each turn. The minimum bet is 0.10 euros and the maximum bet is 10 euros. In between you can choose from another 8 other values. Then you have the choice to play a certain number of spins with autoplay, or to actually press spin each time. You will not have much influence on the prizes you can win after this, and it is therefore a hope for nice combinations and features. The prices depend on the size of the megaways, and the symbol with which you form them. All symbols, with the exception of the Genie Jackpots symbol, pay back with a 6 of a kind between 0.5x and 5x your bet. This is not too much and it is therefore important to make multiple combinations. The Genie Jackpots symbol, on the other hand, gives you 25x your bet on a 6 of a kind! The wild symbol obviously helps you form combinations, but unfortunately cannot replace the bonus symbol.

An extra feature is the ‘mystery symbols’, with which question marks appear on the reels instead of symbols. The question marks all change to the same symbol, so you can form very nice combinations!

This feature can pop up out of nowhere, and you can win 1 of the following 4 features: 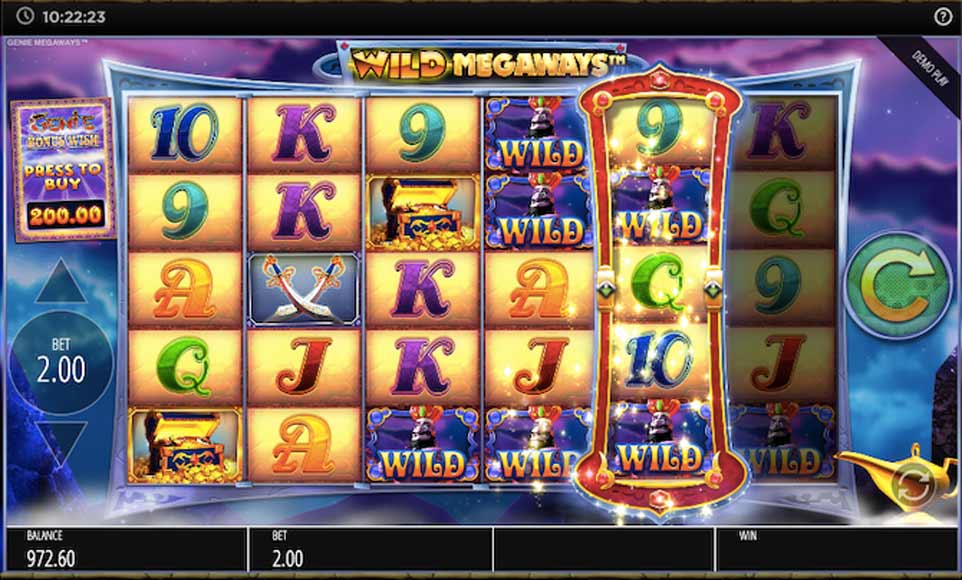 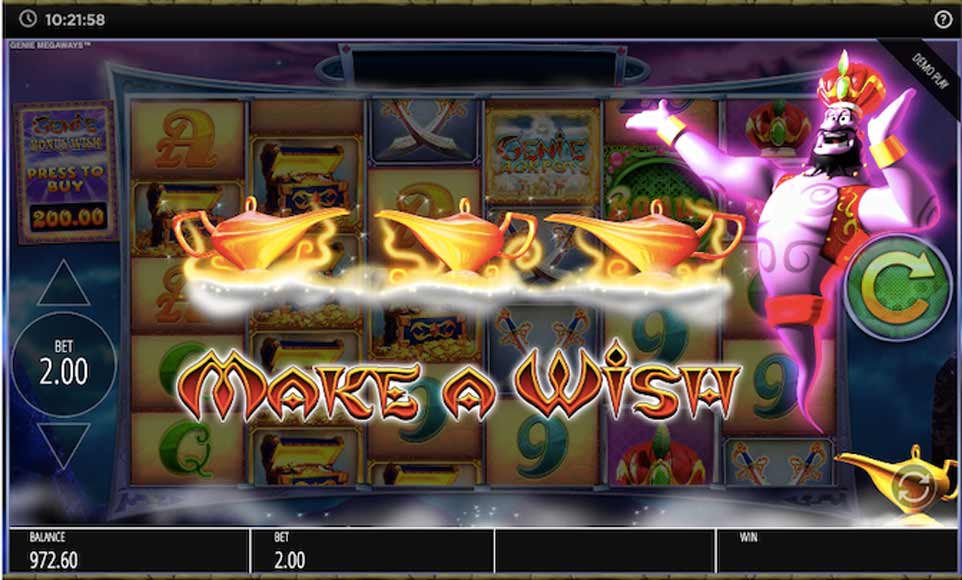 You unlock the bonus round as soon as you spin 3 or more scatters, with a maximum of 6. With this you get at least 10 free spins and this can amount to a total of 20 free spins. During the bonus game it is possible to win 5 extra free spins, but for this you need to spin at least 2 scatters in 1 turn. 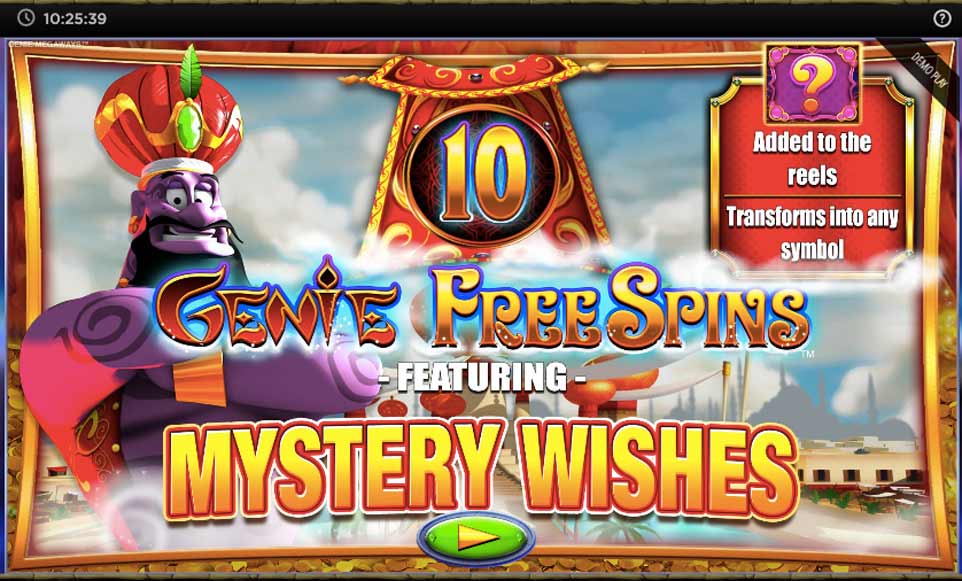 In addition, after reaching the bonus round you always win 1 of the following 4 ‘Boosters’: 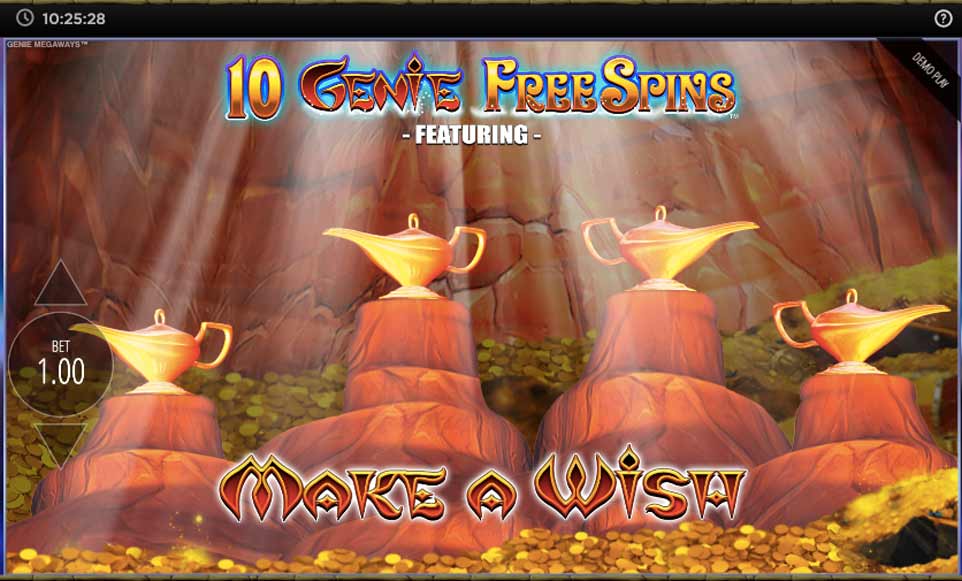 Since this feature is also very popular with other BluePrint Gaming games, Genie Jackpots Megaways also chose to add it. You pay 100x your bet for this, and then play the bonus round as if you just paid a normal bet. Of course, partly due to the high variance, you can win beautiful amounts during the bonus game! 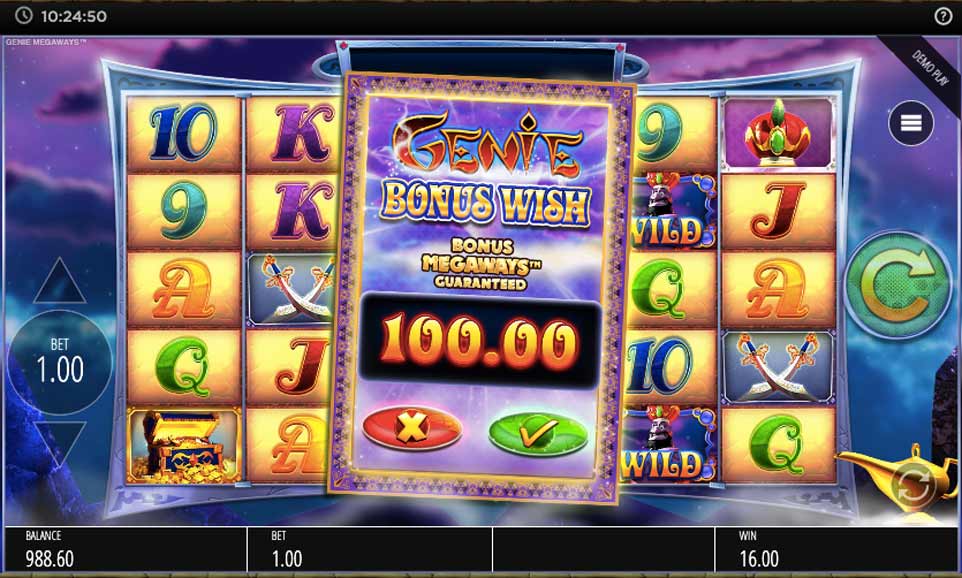 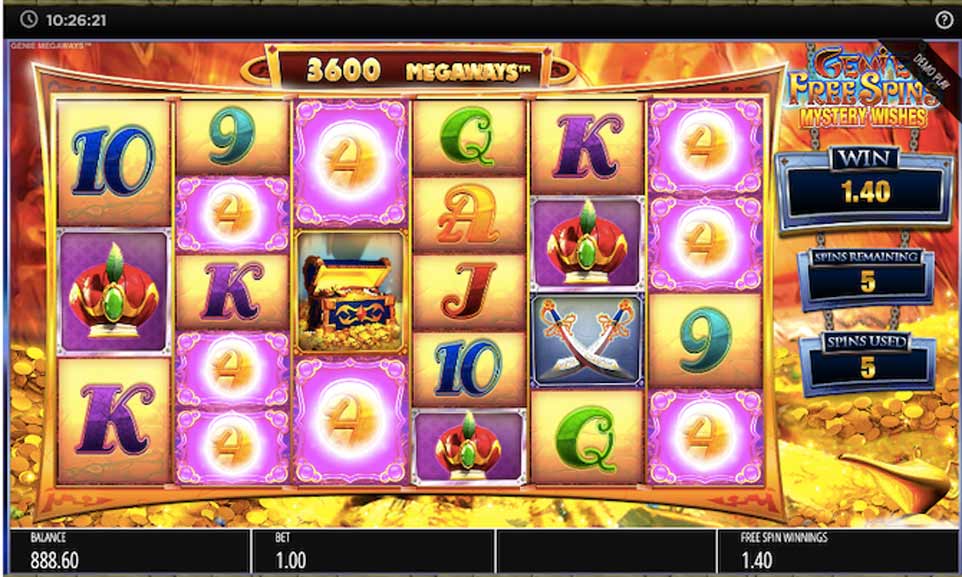 The maximum profit is also unlimited with this megaways variant. In addition, they earn a score of 4/5 stars!

BluePrint Gaming has developed a great megaways variant again, and we expect great popularity. In addition, they have added several, profitable features so that it does not get boring. Overall a great game.