When it comes to megaways games, BluePrint Gaming can no longer be kept up with others, and is releasing a successful variant again with ‘Wolf Legend Megaways‘. The game is a bit like ‘Buffalo Rising Megaways’, which is an earlier game from BluePrint Gaming. The megaways mechanism provides a fun gaming experience, and it also looks fantastic. Read on if you are interested in megaways games, because below you can read everything you want to know about this game. The RTP, or return to player, for this game is between 96,21% 96,5%. This means that the casino returns this percentage of all bets back to the players. The volatility or variance is high. A high volatility means that you win less frequently, but large amounts.

In the background you can see a rocky landscape and cacti, and there is a red glow all over the game. The playing field consists of the usual 6 reels, with an extra box on top of the middle 4 reels. In the top left corner, after each spin, you can see the number of megaways that are valid during that turn. You will also see the ‘Buy a Bonus’ feature on the left and you can choose a bet. On the other side you can press ‘spin’, but you can also find the autoplay function there. The menu can also be found on the right, while the other information can be found at the bottom of the screen. How does Wolf Legend Megaways work?

As you know, the slot machine consists of 6 reels and an alternating number of rows per spin, with a maximum of 7. This means there are a maximum of 117,649 possible megaways (7x7x7x7x7x7). The first and last reels have at least 2 rows, while the middle 4 have at least one more due to the extra box on top. From the first reel you can form combinations in all kinds of ways, and winning combinations disappear so they create space for new symbols. As a result, new symbols fall down, and you have a chance of winning new combinations within the same turn. So try to form as many combinations as possible or to unlock the bonus round. 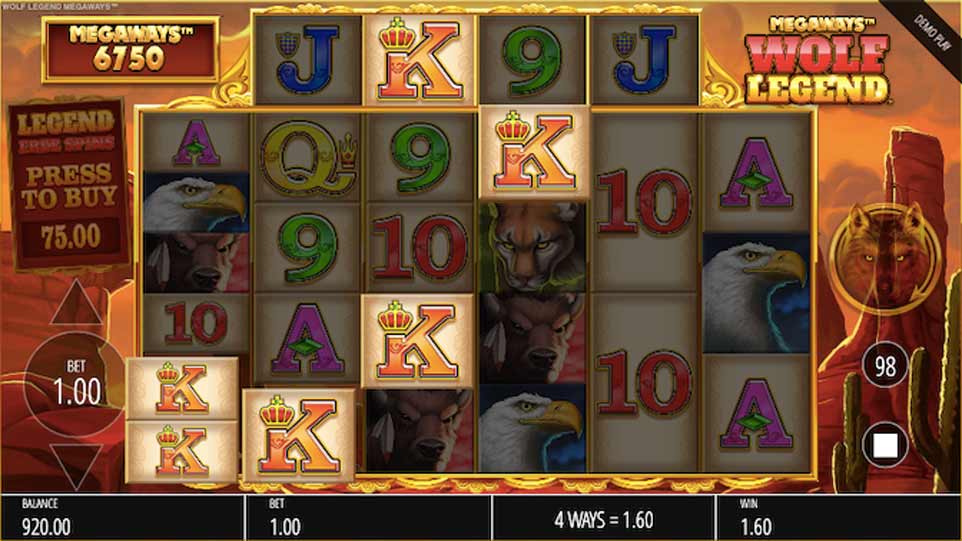 How do you play Wolf Legend Megaways?

The idea behind the game has already been explained above, and under this heading we discuss the steps you need to take. Start by choosing a bet, for which you can choose from a number of values ​​between 0.10 and 10 euros. Then decide whether you want to use the autoplay function, so that you can automatically play a certain number of spins in succession. The alternative is to press the ‘spin’ button every turn, but this is purely a matter of your preference. After this you don’t really have much influence on the course of the game, and you can hope for great prizes. How the game works is above, and we’ll go a little deeper into the symbols and bonus round below.

As always, we divide the symbols into categories, providing each category with the necessary information: 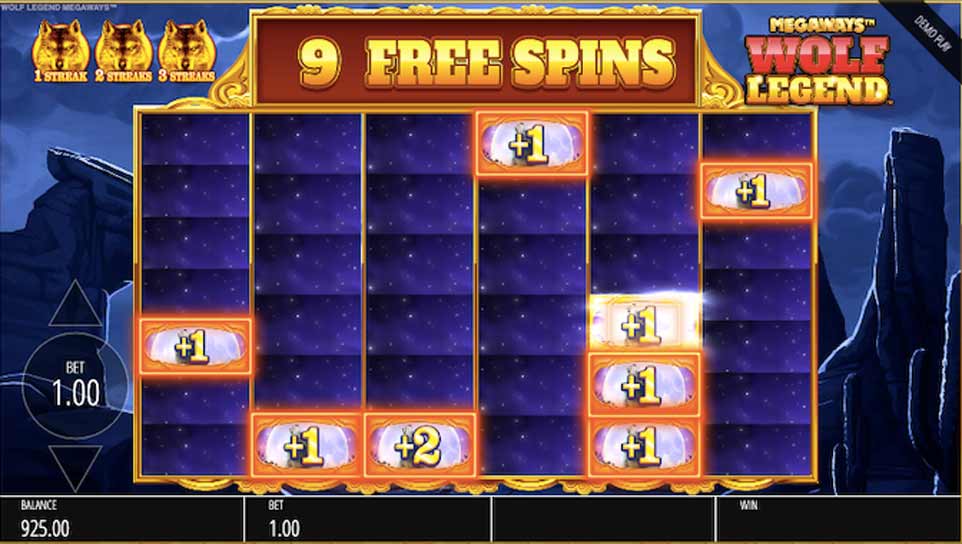 Then it starts, and you get extra spins for every bonus symbol you see. This continues until your screen is completely filled with bonus symbols or you do not spin any bonus symbols in a turn. Of course there is also a multiplier, which increases by +1 every turn. Since the number of spins can be high, the multiplier can too. After the Golden Streak featured determined the amount of free spins you will get in the bonus round, you can choose to gamble. The Gamble Feature gives you the oppurtunity to win more Free Spins, although it is also possible that you lose. Choose wisely! Pay 75x your stake and buy the bonus round immediately, so you can skip the normal game. An additional advantage is the fact that the RTP makes a slight increase as a result, namely from 96.21% to 96.5%. 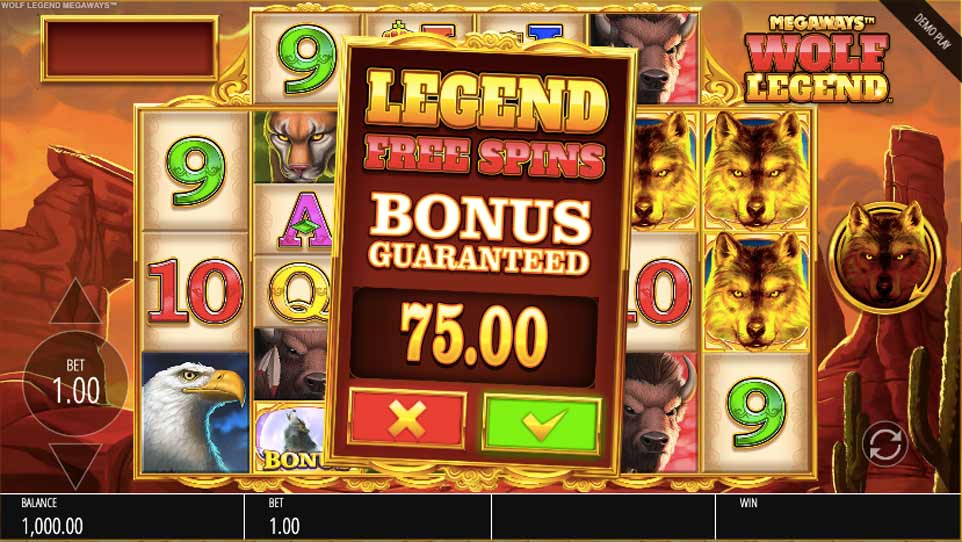 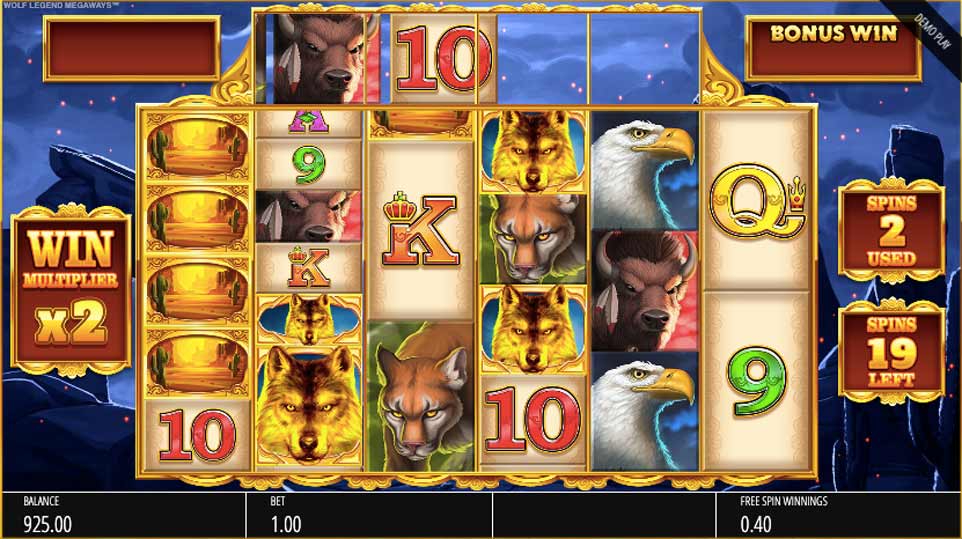 The maximum profit is familiar to us and we see this amount with several megaways variants: 250,000 euros! Furthermore, ‘Wolf Legend Megaways’ give a score of 4/5 stars, making it another successful game from BluePrint Gaming!

The game looks really great graphically, and it works fine. In addition, we think the bonus game is really fantastic and fun.